Joe Burrow of the Louisiana State University Tigers just completed a legendary season. Burrow led the Tigers to the SEC Championship, the College Football Playoff 2019 Peach Bowl and National Championship, posting a convincing 15-0 record. Burrow also was awarded the coveted Heisman Trophy as the best player in college football in 2019. 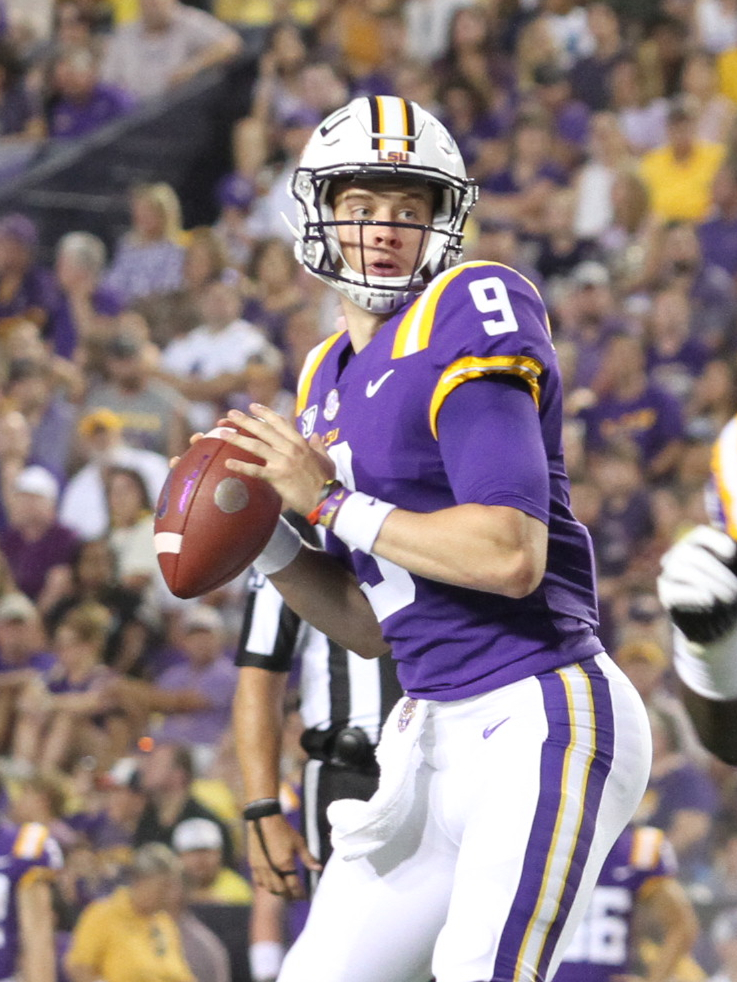 By Tammy Anthony Baker from Louisiana – LSUvsNWLA 937A, CC BY 2.0, Link

Burrow took the Wonderlic test at the NFL Combine and scored a 34, a very strong score that placed him ahead of other top quarterback prospects like Tua Tagovailoa and Justin Herbert.

Burrow is projected by most draft experts to be one of, if not the top quarterback taken in the NFL Draft. The quarterback class for the 2020 NFL draft class will be one of the more anticipated classes in recent years. Burrow transferred from Ohio State in 2018 after backing up Dwayne Haskins.  In 2019, he led most quarterbacks across the nation in statistical categories. He posted an incredibly high 76% completion rate at 402 completions across 527 attempts. He passed for 5,761 yards and 60 touchdowns while only getting intercepted 6 times. The 60 touchdown number is an NCAA single-season record. Burrow is also a running threat, as he ran for 5 touchdowns and 368 yards.